Lynsey Powles is a well-known Lincolnshire graffiti artist but has always been fascinated by the miniature. Her application to St Hughs Foundation for the Arts in 2020 gave her the opportunity to immerse herself in the process of creating miniature dioramas in five different locations. Here, Trustee Elaine Munson talks to Lynsey about what happened during her project.

“Little Lincolnshire is a miniature diorama street art project. I placed five dioramas outside in public spaces in Grimsby and Cleethorpes over the course of a few months. I did the project in secret and installed each diorama, so they were not announced but discovered.  This added to the mystery of the work and let the viewers make up their own stories and opinions.”

The locations and dioramas were:

The very nature of this project and the public locations led to some interesting predicaments, notwithstanding the severe weather that they had to endure.  One that Lynsey had not predicted was the great interest, not only from children, but from dogs.  There were inevitably repairs to be done but on the whole they stood up well, with the Globe Coffee shop piece still in place a year later.

To accompany the work Lynsey set up a Facebook page for viewers to leave their photographs and share their stories.  One child discovered a broken door and said that “the fairies and elves must have had a fight and obviously the fairies won as they have special powers”. At Cleethorpes Library there was a story of a family nearly missing their bus when they noticed the miniature outside. The fascination of discovering something that you would not expect to be where it is and wondering who did it and why, is probably innate in all of us.

Lynsey said that “Throughout this project I have learnt a lot of new building techniques and used a lot of materials I have never used which I will be taking with me in my future projects and already have. I have also learnt that people love art! It gets their imaginations going, and random art on the street can bring a lot of joy to people’s lives”. 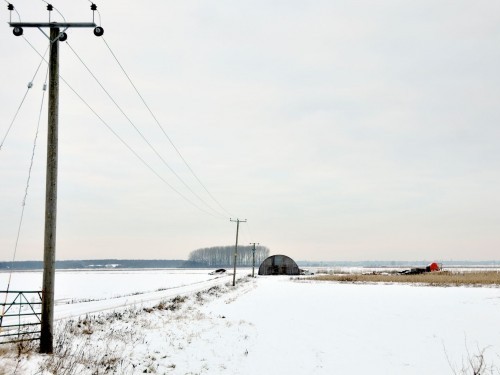 More funding for artists in 2022

The St Hugh’s Foundation is pleased to announce 6 Artists Respond grants for 2022 and a new recipient of the Claire Peasnall Memorial Award. 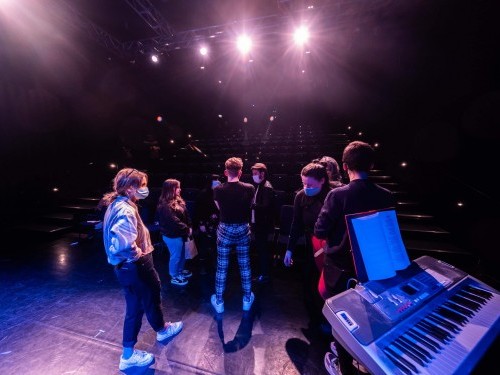 Luke Dankoff from Same Circle Productions, Artists Respond winners in 2021, talks about what the company got up to as part of their research and development for a new show.